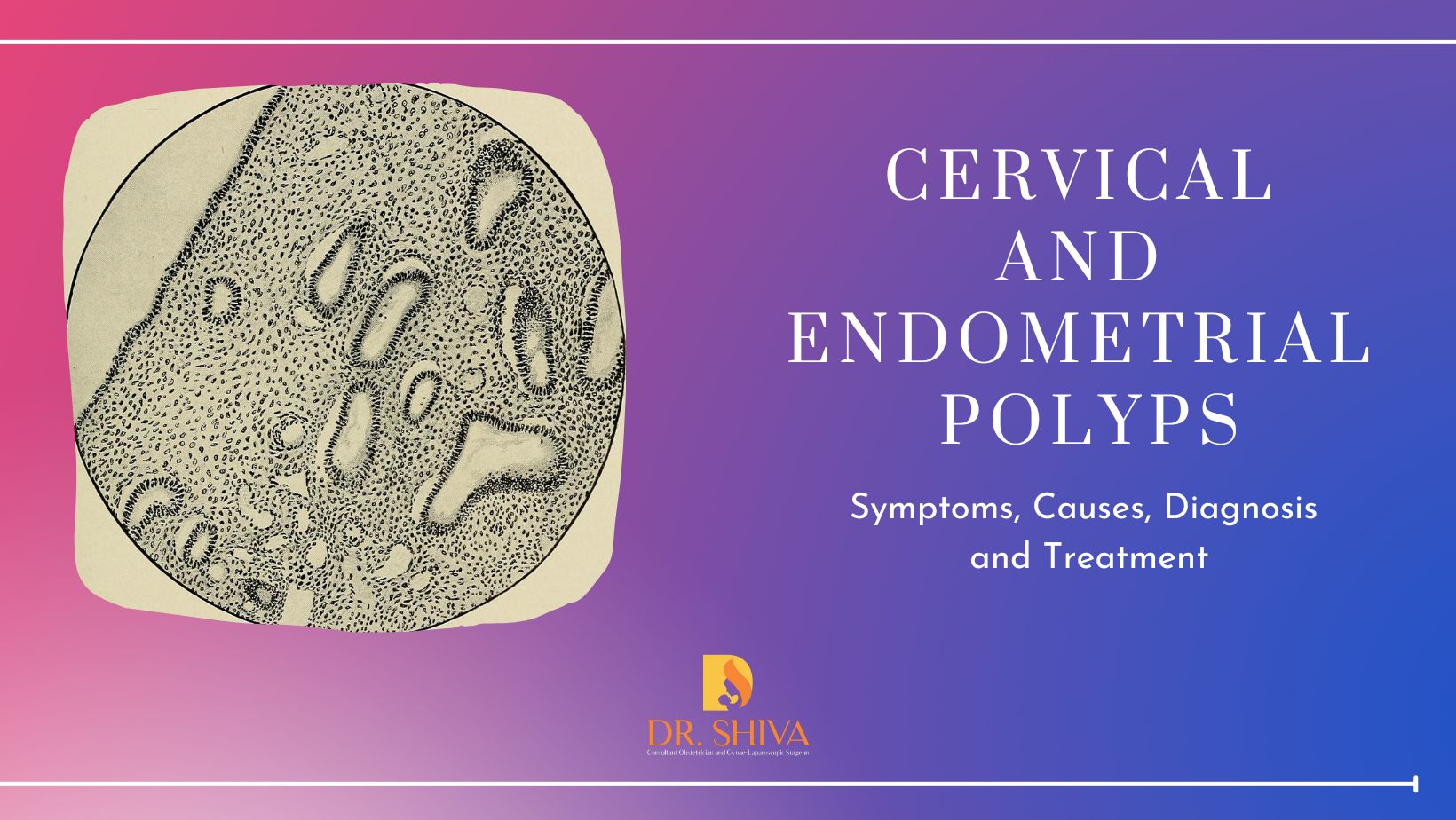 A polyp is a nodule or lump that grows on the inner lining of the organs. An endometrial pulp develops from the endometrial tissue and grows inside the uterine cavity. A cervical polyp originates from the epithelial cells of the cervix and grows on the outside of the uterus, at the top of the vagina. These polyps are usually not very harmful except for their symptoms but chances are around 1 to 3% may turn out to be cancerous.

Some do not experience any symptoms instead only identified during an ultrasound (endometrial polyp) or pap smear(cervical polyp).

The polyps can be of two types

Medications may be provided to reduce the symptoms, but the effects are temporary. Treatment is the removal of these polyps. Cervical polyps present on the outside of the uterus are comparatively easier to find and remove. Endometrial polyps which are found inside the uterine cavity will require a more detailed procedure. The polyps are removed by scraping or resecting them. Ring forceps are also used to remove the polyps. Some of them may be sent to the laboratory to check if they are benign or cancerous. The treatment is minimally invasive, and, in most cases, local anesthesia is used.

The recovery is fast and there are no major cuts or postoperative pain from this surgery other than mild cramping and slight staining. Polyps once removed do not grow back but there are chances for new ones to come.

Can cervical polyps and endometrial polyps be prevented?

No, they cannot be prevented but regular gynecological check-ups and pap smear tests can help detect them.