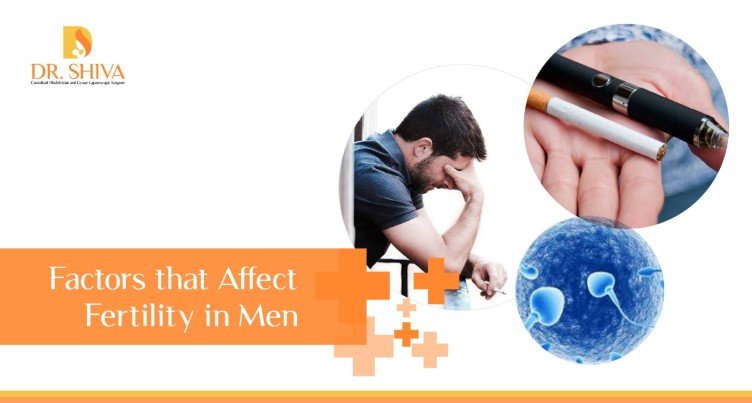 Infertility is a widespread problem. As per the World Health Organization (WHO) estimates in 2015, 60–80 million couples worldwide suffer from infertility. Male infertility is diagnosed when, after testing both partners, reproductive problems have been found in the male.

In a study conducted by a Fertility Centre in Dubai during the 1st quarter of 2017 on a sample of 100 men of different nationalities between the age 25 and 56, it was found one in five couples in the UAE face infertility-related issues including both expatriates and Emiratis.

Infertility in men occurs when he has a lesser sperm count than expected in a sample. A normal sperm count accounts for about 15 million sperms per ml sample, according to the World Health Organization. Lower than that results in infertility.

Back in the 1980s, if couples were unable to conceive, it was women who were blamed. Men often assume their wives are infertile and the reason why they cannot conceive. But with access to more information, there is a gradual change in mindsets. More men are coming forward to own up to their infertility problems.

“I have been treating more infertility cases in men than before. Now a large number of men are coming forward to get their sperm count tested” said Dr.Shiva, Consultant Obstetrician &Gynae-Laparoscopic Surgeon, Medcare Women, and Children Hospital, Dubai

In the UAE obesity is one of the main factors for infertility in both men and women. Apart from that work environment of men, smoking, alcohol consumption, sitting down for a longer period, emotional stress, steroids used in gyms has deteriorated the quality of sperm.”Men who smoke have decreased sperm concentration and their sperm has high DNA damage” explains Dr. Shiva

Despite the decrease of tobacco smoking in the UAE, a growing trend towards e-cigarettes is also unlikely to affect the decline in fertility as e-cigarettes also deliver nicotine that has a severe impact on sperm production. Other factors include temperature and radiation exposure that can also hinder sperm production and is responsible for about half of male infertility.

Men wishing to have children must avoid damaging lifestyles that limit their chances of conception. There are also treatments available that can harvest sperm and improve its quality even in men who produce a very low sperm count. The hormone treatment plan is also available for patients to increase testosterone levels to improve sperm production and the quality of sperm to make them stronger making them more likely to be effective.

In Vitro Fertilization (IVF)can also be used in case of blocked or damaged fallopian tubes and decreased sperm count or sperm motility where fertilization process is manually done outside the body.

If you face problems in erection or evacuating, low sex drive, or other problems with sexual function or a history of testicle, prostate or sexual problems, consult your doctor.