Diagnosed with Fibroids: Don’t worry – but do call your doctor!

Home » Blog » Diagnosed with Fibroids: Don’t worry – but do call your doctor!

Diagnosed with Fibroids: Don’t worry – but do call your doctor!

Home » Blog » Diagnosed with Fibroids: Don’t worry – but do call your doctor! 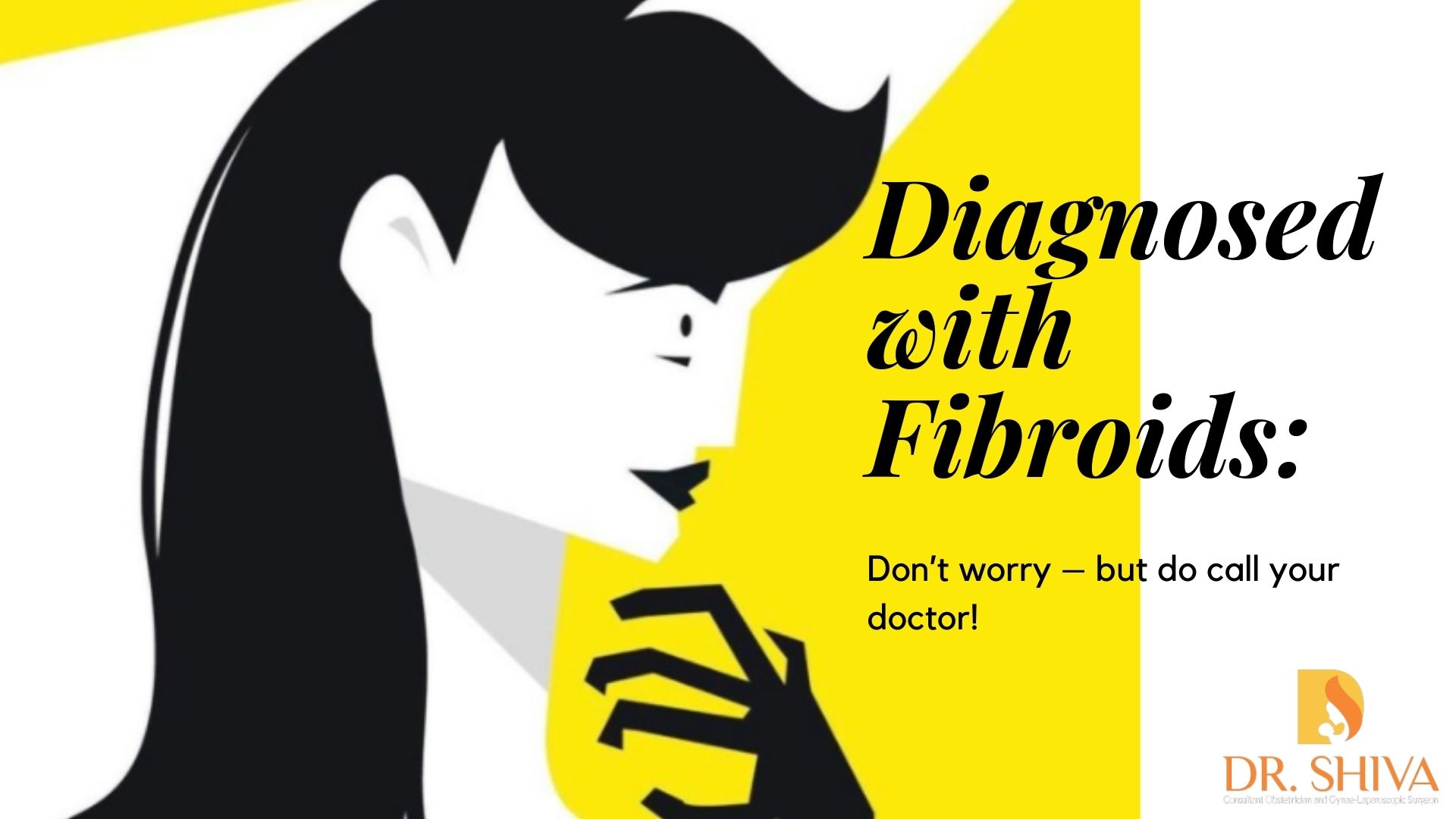 Fibroids are mostly benign tumors of muscular and fibrous tissues, typically developing in the wall of the womb. They’re sometimes also known as uterine myomas or leiomyomas. Rarely cancerous they affect more than 70% of the women and only cause symptoms in 20% of the women who have them. Fibroids can develop in or on the uterus. Women diagnosed with Fibroids often have several and may have more than one type as well. A fibroid can grow on the outer surface of the uterus, within the uterine wall, or under the uterine lining. They may also extend from the interior or exterior wall of the uterus on a stalk called a pedicle.

They come in different sizes:

Fibroids can vary in sizes and can be as small as a pea to the size of a melon and can range from 1 to more than 30 in number. A most recent case of uterine fibroid was just a year back where I removed a fibroid of a woman which weighed more than 2kg. What started off with just an abdominal pain later on diagnosis turned out to be multiple uterine fibroids, left ovarian complex cysts and umbilical hernia.

How do you know you have fibroids?

Fibroids can go undetected for years and usually develop in a women’s reproductive years (ages 16 to 50) when the oestrogen levels are the highest. With 1 in every 3 women suspected to develop it at some point in their lives, it mostly affects women in the age 30 to 50 years. They can be left untreated as long as it doesn’t affect your daily life through one or more of the below symptoms which is when it’s best to see your doctor.

Medical science, unfortunately, has not been able to pinpoint the exact causes for Fibroids but research and clinical studies carried out over the years generally point to these factors

There is no reason to fear Fibroids as these days, treatment is simple and can be tailored as per the women’s age, symptoms and life-stage. If a woman develops Fibroids before going the family way treatment ought to be prompt and can be a combination of medical drugs and surgery. Medications are also available to help shrink fibroids. If these prove to ineffective, keyhole surgery through Laparoscopy or Hysteroscopy have made great strides in this area. In the case of the women who had a 2 Kg fibroid, through total laparoscopic hysterectomy a minimally invasive relatively painless surgery she was back home healthy and safe in just 2 days.

Making healthy lifestyle choices, such as maintaining a normal weight and eating fruits and vegetables are other ways you can decrease your fibroid risk. Reach out to your doctor for the treatment that would best suit you!