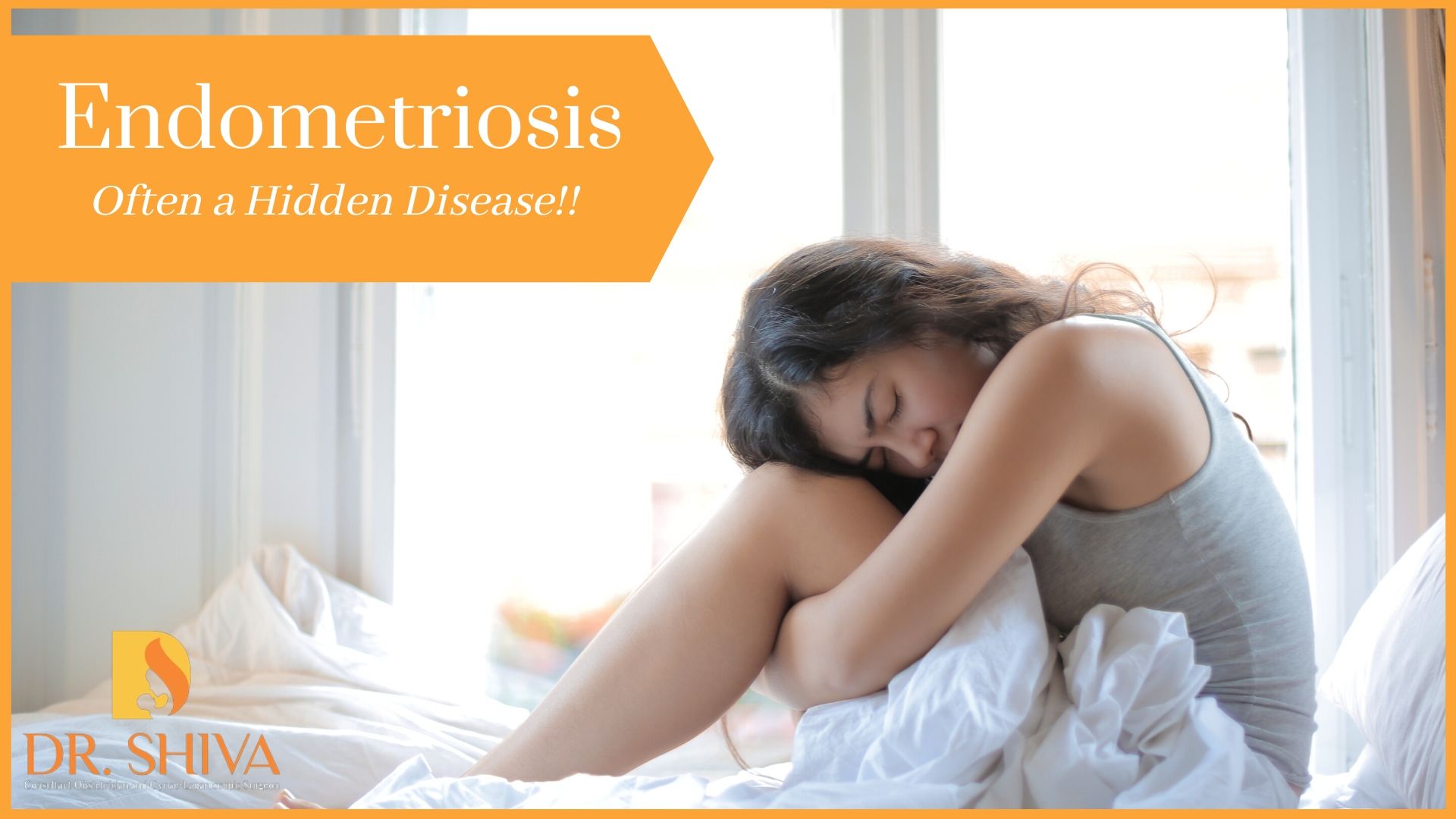 Endometriosis is a condition where the tissue similar to that which lines the inside of your uterine wall (called the endometrium) grows outside of your uterus like ovaries, back of uterus, ligaments of the uterus. In very rare cases it has been found on the diaphragm and in the lungs. This lining will bleed every month under the influence of female hormones and if it is in the ovary, it can form a chocolate cyst(noncancerous, fluid-filled cysts). The endometrium induces a chronic inflammatory reaction that may result in scar tissue. It is basically found on the pelvic peritoneum, ovaries, bladder, in the recto-vaginal septum and bowel.

In most cases, endometriosis is extremely painful, and a lot more in numbers than what most people have figured. Endometriosis is by far the most common cause of pelvic pain in women and can also cause infertility. It affects an average of 1 in 10 women from the age of 15 to around 49 years, which is roughly 176 million women from all over the world. Endometriosis can begin as early as a girl’s first period, and menopause may not relieve its symptoms –particularly in case the woman has scar tissue or adhesions from surgery or the disease.

All these symptoms can impact on general physical, mental and social well-being of a woman.

There is no known cause of endometriosis, but some genes are highly likely to predispose women to develop the disease. Women are also at greater risk of developing endometriosis if their mother and/or sister(s) are also affected. It is likely that when the menstrual cycle starts, other gynecological factors and environmental exposures may also influence whether a woman is affected. Whereas the evidence for exposure to dioxins (environmental pollution) has been poor, some evidence now supports exacerbation of its symptoms due to PCBs.

Even though endometriosis is associated with inflammation and immunological dysfunctions, it has not been proven itself to be an autoimmune disease.

Endometriosis can take a toll on mental health: When a woman has endometriosis, the symptoms they go through isn’t something that they just have in their head. The condition can affect their psychological state. If you’re going through anxiety or depression, you’re not alone. Managing chronic pain, infertility and other symptoms is very stressful. Fix an appointment with a mental health counselor. They can help you work through the effects of endometriosis which may be affecting you emotionally and your health.

A general lack of understanding on the part of both patients and health care providers, due to a “normalization” of symptoms, results in a long delay from the first time a patient experiences symptoms before she is finally diagnosed and treated. False assumption that menstruation has to hurt ends up with almost 50% of women not diagnosing the issue correctly.

One cannot state that all of these treatments may provide a complete cure to the condition but it may help to provide relief to the symptoms up to a certain degree.

If you have any concerns regarding endometriosis or would want to know more about it, reach out to us by calling +971563587610.