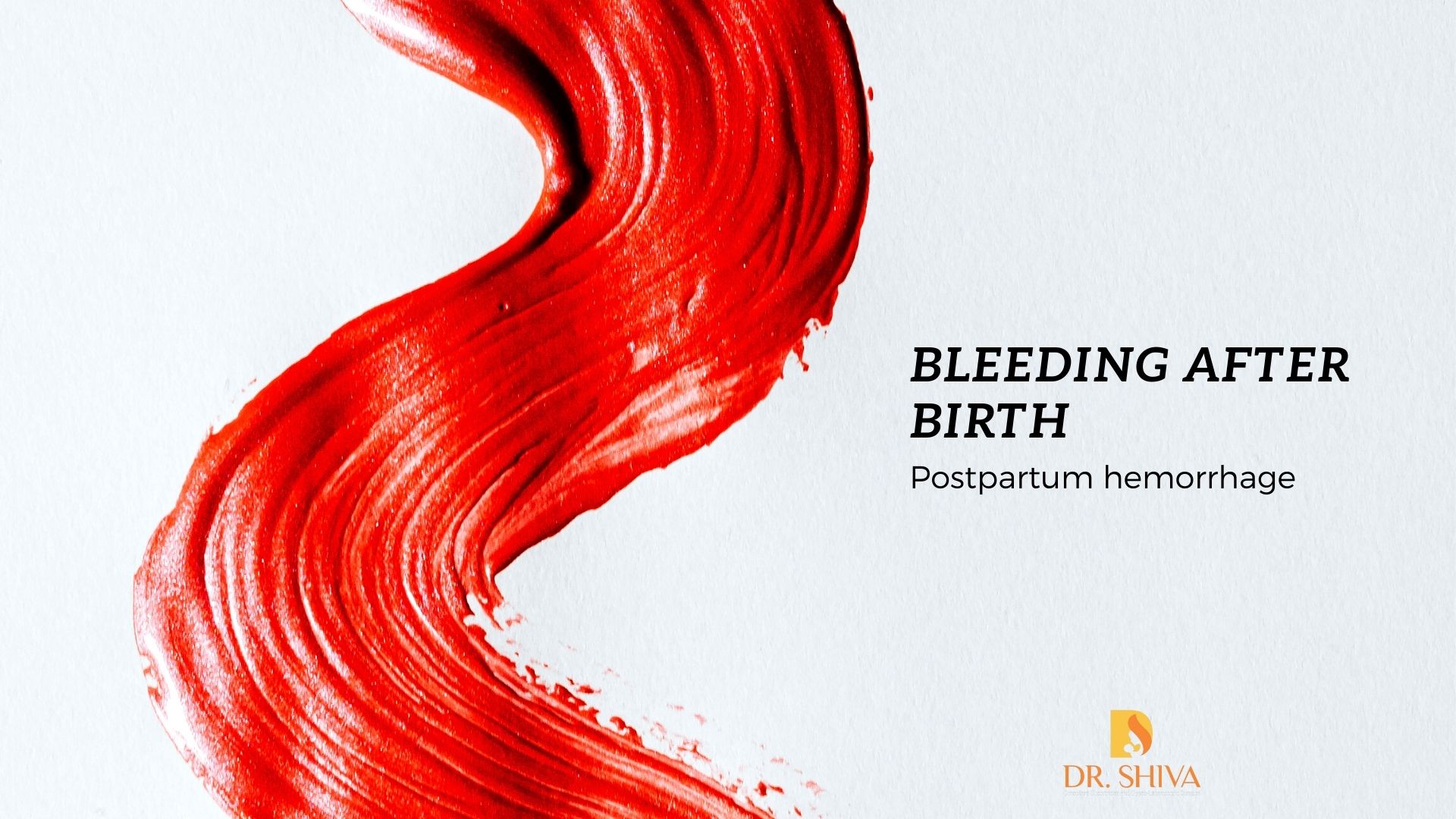 Bleeding from the vagina after giving birth is common (heavier than normal). It will reduce in the next few hours after delivery but will continue for a few more days and after which it will stop. In some cases, if the bleeding is very heavy and not stopping it is known as Postpartum hemorrhage. The chances of having it increase if you have had a history of it. PPH is identified when you lose

PPH may occur anytime between the first week to 12 weeks of having a baby. They are classified into two types –

Once identified it must be treated immediately as severe loss of blood can cause a drop in blood pressure, which can result in shock or death.

What are the causes or factors that increase the chances of having PPH?

This can be categorized into four.

1) Uterine atony – is when the uterus is enlarged or stretched due to multiple pregnancies. Usually, after delivery, the uterus contracts back to its size and during the process closes the placenta arteries which in turn reduces the uterine bleeding. But in this case, the uterus does not contract properly and hence the bleeding does not stop. There will be a slow and steady loss of blood.

Uterus contraction can also be affected by muscle fatigue caused due to prolonged labor or the use of certain medications during delivery. A full bladder also may interfere with uterus contraction.

2) Tear or damage to genital structures during delivery. It can be from incision during csec, tear during vaginal delivery, or from the instruments which were used to deliver the baby. The bleeding from the tear sometimes may occur at a concealed location and can go unnoticed for some time. It is later identified by severe pain accompanied by bright red vaginal bleeding.

3)Placenta fragment remains in the uterine cavity, ie during the delivery, the placenta hasn’t fully separated from the uterus. This affects the contraction of the uterus and results in uterine atony. The placenta needs to be passed completely within 30 to 60 minutes after delivery.

4) Issues that prevent blood clotting in the mother. It can be due to a genetic disorder like Von Willebrand Disease. Other causes can be placenta abruption and eclampsia.

The treatment is determined based on the cause for bleeding

2)For damage to any of the genital organs

Pressure needs to be applied at the site of bleeding or it must be repaired as soon as possible.

Make sure the placenta has been delivered fully intact else remove any tissue that has been retained in the uterus. Surgery may be performed to remove the remains of the placenta.

4)If it is known that the patient will be at high risk for PPH an injection will be provided during labor to reduce blood loss. It also helps the placenta to separate from the womb.

5)The blood loss needs to be replaced, for this blood and blood products will be provided to prevent shock. IV fluids will also be administered.

6)Stepwise uterine devascularization, that is tying the blood vessels supplying uterus is done to control the bleeding and preserve the uterus.

7)Balloon tamponade is another technique performed to help control bleeding.

8)As a last resort, only if none of the treatments work(especially the last two methods mentioned) and the mother’s life is at risk hysterectomy may be necessary.

Postpartum hemorrhage can pose a serious risk to the life of the mother. However, detecting and treating the source of the bleeding as soon as possible helps in a full recovery.