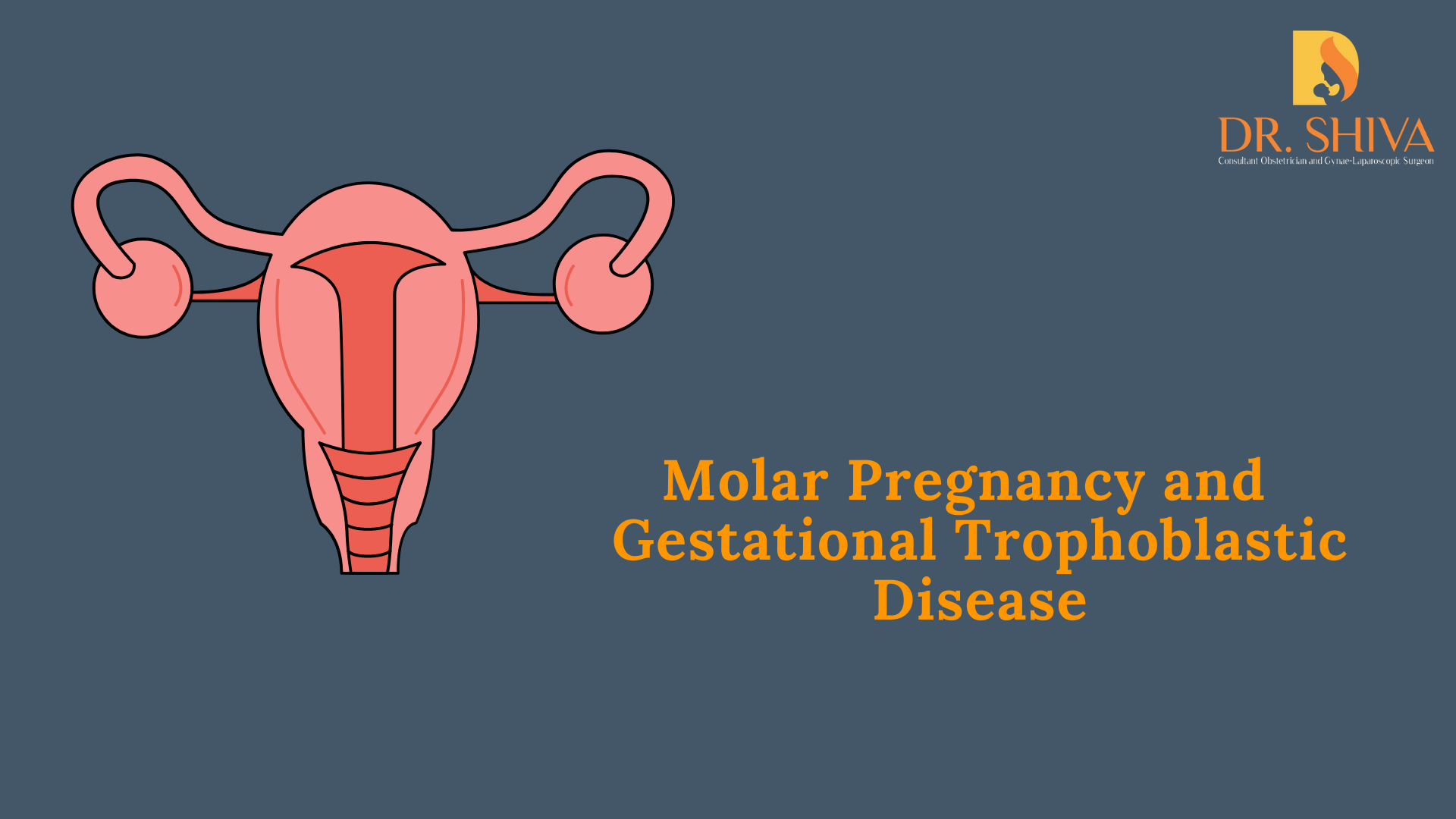 A molar pregnancy occurs when the fertilization of the egg does not take place correctly. Instead, the cells start to grow abnormally inside the uterus. It begins with a layer of cells called trophoblast that is usually present around the embryo. It is these cells that develop into placenta but in this case the cells change and forms an abnormal mass. Usually, GTD is not cancerous but some are malignant. GTD is curable if found early.

The gestational trophoblastic disease is of two types-

This is the most common form of GTD and is also known as Hydatidiform Mole(HM). They are of two types-

In both cases, the egg will not survive.

A molar pregnancy rarely may lead to gestational trophoblastic neoplasia which is a form of cancer but it is curable. A persistent GTD, usually identified by high levels of HCG, is also referred to as GTN.

Factors that can increase the risks for GTD – maternal age (below 18 or over 45), history of miscarriage, previous molar pregnancy.

It is based on the type of GTD, your medical history, your tolerance and if you plan to get pregnant again. Treatment methods include-

The only way one can prevent GTD is to not get pregnant. If you have had a molar pregnancy it does not affect your chances to be pregnant again but it is best that you consult with your doctor to mention when it is safe to do so as your HCG levels must fall back to normal.