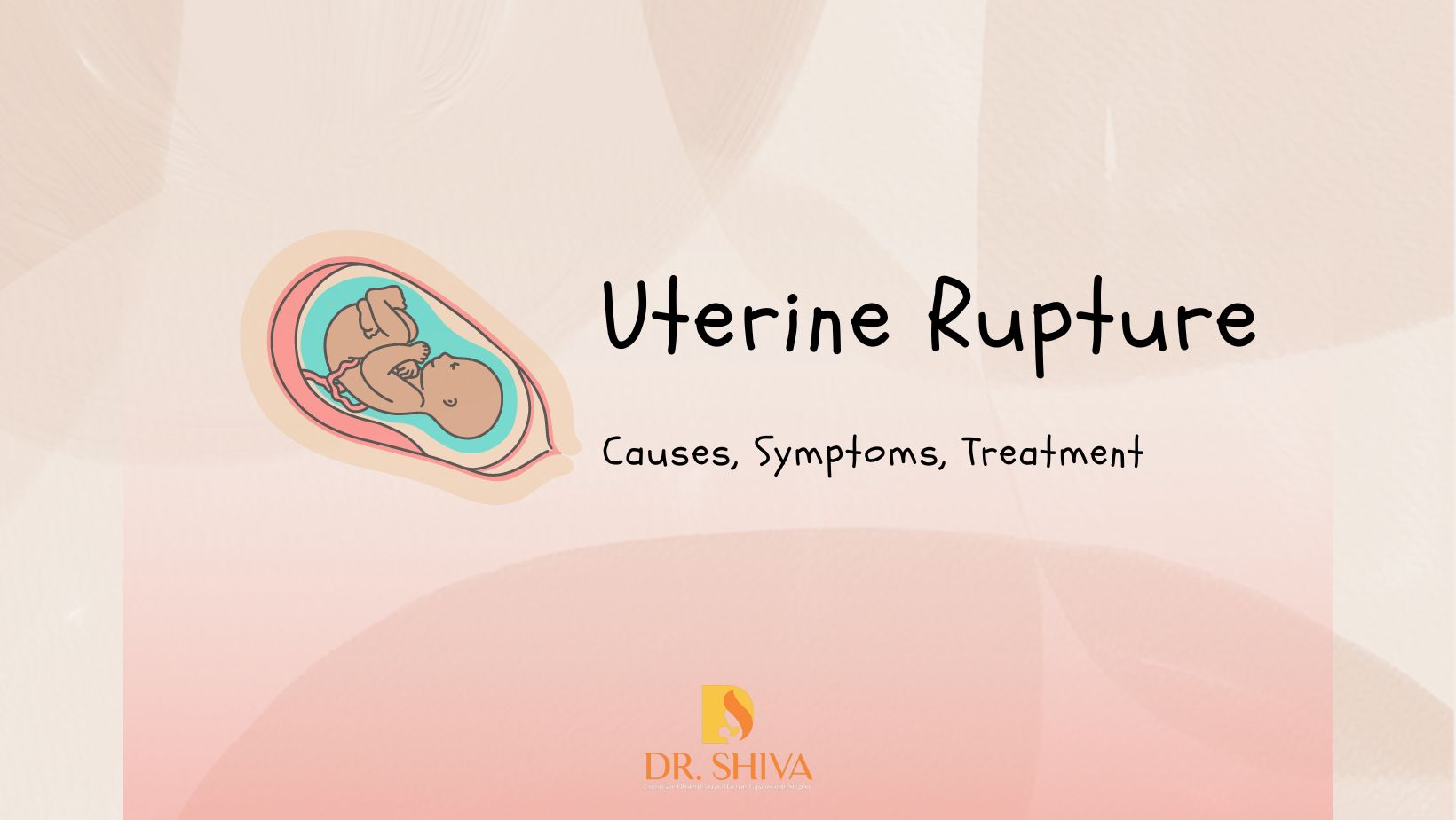 Uterine rupture is a serious childbirth complication where the uterus walls(all three layers – endometrium, myometrium, and perimetrium) tear apart causing the baby to slip into the peritoneal cavity(abdomen). It is seen in women who previously had caesarean or uterine scars caused by other surgeries in the uterus. The tear occurs at the location where the surgery was previously performed. Though serious it is rare and happens only in 1% of pregnant women.

If the baby slips out of the uterus into the abdomen it can suffer from suffocation and the mother will undergo excessive bleeding. Both these issues must be treated immediately else it can be fatal to both mother and baby.

Other risk factors that can cause uterine rupture are –

Some of the warning signs are

During labor, as the uterus contracts with building pressure to push the baby out of the uterus into the birth canal, the pressure can cause the uterus to tear at the previous delivery scar.

In the mother, the main risk is blood loss but, in most cases, it can be treated, reducing the chance of fatal bleeding. The risk to the baby is major as once the uterine rupture has occurred the doctors need to deliver the baby as soon as possible because if the baby is not taken out within 10 to 40 mins, varying on the range /intensity of the situation, the baby may die due to lack of oxygen.

It can officially be diagnosed only during the surgery. But immediate action is required if the medical team suspects symptoms to be that of uterine rupture. Delay in time for action increases the risks to the mother’s and baby’s life.

Immediate delivery of the baby and treatment for blood loss in the mother must be performed simultaneously. Women may need blood transfusions. The baby will be pulled out from the mother as soon as possible via surgery and will be provided critical care.

The earlier the issue is diagnosed, the greater the chance of survival. But do not worry as the chances of being fatal for the mother is only 1% and 6% in babies.

If the pregnant woman has had surgery on the uterus previously the only way to prevent it is to opt for a caesarean. It doesn’t mean that vaginal birth is not possible but the type of incision made on the uterus and the period since when the surgery was performed is also taken into consideration for making a decision. But do discuss all the options available with your doctor and take a decision that you believe is best for the mother and baby.